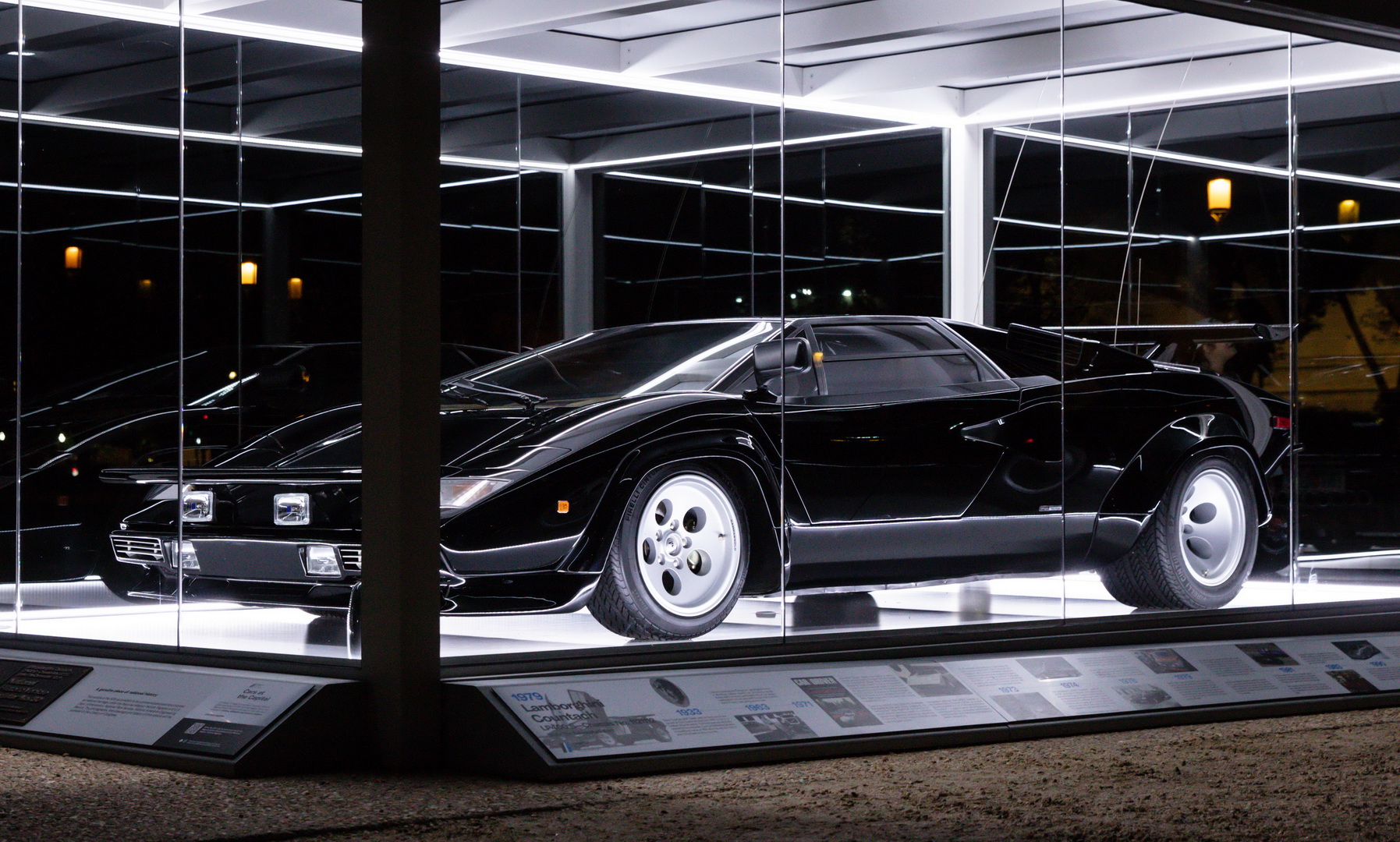 It’s Sunday! It’s probably the most iconic supercar ever designed—the 1979 Lamborghini Countach LP 400 S. And this particular vehicle is also famous because it was the star car in the 1981 film, The Cannonball Run. In a film packed with celebrities, it was this car that stole the show. And now this Countach is making history again because it was recently inducted into the National Historic Vehicle Register of the U.S. Library of Congress. That’s quite an honor, as only 30 cars have made the list. Check out more details below, as well as a gallery and the opening sequence of The Cannonball Run (featuring this Lambo) below.

The Cannonball Run actually became one of 1981’s most successful films at the box office, and while the actors had a lot to do with that (Burt Reynolds, Roger Moore, Farrah Fawcett, Dom DeLuise, Sammy Davis Jr), there was one other star that captured everybody’s attention – a stunning and menacing-looking 1979 Lamborghini Countach LP 400 S.

Sure, the Countach is already an iconic car, however, this particular Countach has also made history by being included on the National Historic Vehicle Register of the U.S. Library of Congress. This means it’s on a shortlist of just 30 cars that are as of right now considered of national importance to the United States. So, all information regarding this car, its history, a 3D scan of it and copies of all its documents will be preserved in the Library of Congress.

In celebration of this great honor, the Countach movie car is being displayed this week inside a giant glass case on the National Mall in Washington D.C. Let’s just hope Nicolas Cage doesn’t try to steal it.

The reason why this movie turned out to be so successful was probably because of how strict the speed limit used to be back then, which is why a group of car enthusiasts decided to challenge the status quo and race across the continent from downtown Manhattan all the way to a marina on the Pacific Ocean at Redondo Beach in California. Safe to say, Hollywood screenwriters were smitten right away.

As previously stated, the Countach was one of the biggest stars of the movie and we know quite a bit about its “upbringing”. It was delivered new to Lamborghini’s distributor in Rome back in 1979 and was immediately exported to the United States and sold in Florida.

One year later, the owner decided to loan the car to film director Hal Needham and the rest is history – literally.

The movie car was even modified for on-screen action, featuring a front spoiler, twin spotlights, three antennas and no fewer than 12 exhaust pipes.

We can honestly say that this movie is probably responsible for creating an entire generation of car enthusiasts, which is something we can also say about the Lamborghini Countach, considering its status as the quintessential poster car.