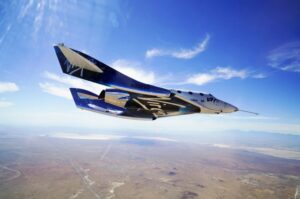 It’s Monday. History was made yesterday when Richard Branson and crew rode to suborbital space on Virgin Galactic’s SpaceShipTwo Unity and glided back to Earth successfully. It’s the latest step in the race to be the first in the growing space tourism business. Next up, on July 20th Amazon’s founder and billionaire magnate Jeff Bezos will join his brother, Wally Funk, and one auction winner to become the first crew aboard the reusable New Shepard rocket for an 11-minute voyage to space. At this time the petition to prevent Jeff Bezos from returning to Earth has gathered over 155,000 signatures and rising.

We had a wet weekend that I mostly spent working. I did catch the SRX race on Saturday and the Nascar race on Sunday. I really enjoyed the SRX series, just wish I hadn’t missed the first 4 races!