It’s Monday. It’s cold. Damn cold. Bitch-ass cold. I don’t know how much longer this is going to continue but it’s a major pain in the ass. Just going outside hurts. Any exposed flesh freezes in minutes and then hurts like hell when you attempt to warm it back up. We were out Friday night and Saturday afternoon and all you want to do is get home. How you northerner’s deal with this on a regular basis is beyond me.

The Bears decided to wrap up their final game of the season against the Vikings with another embarrassing loss. They seemed to have their game-on in the first half but it quickly turned into a flaming train wreck in the second. Going forward I really don’t see a scenario where Nagy gets to keep his job. Yeah, they’re that bad. All I have to say is, is it Nascar season yet? 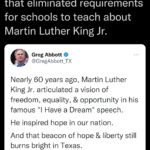