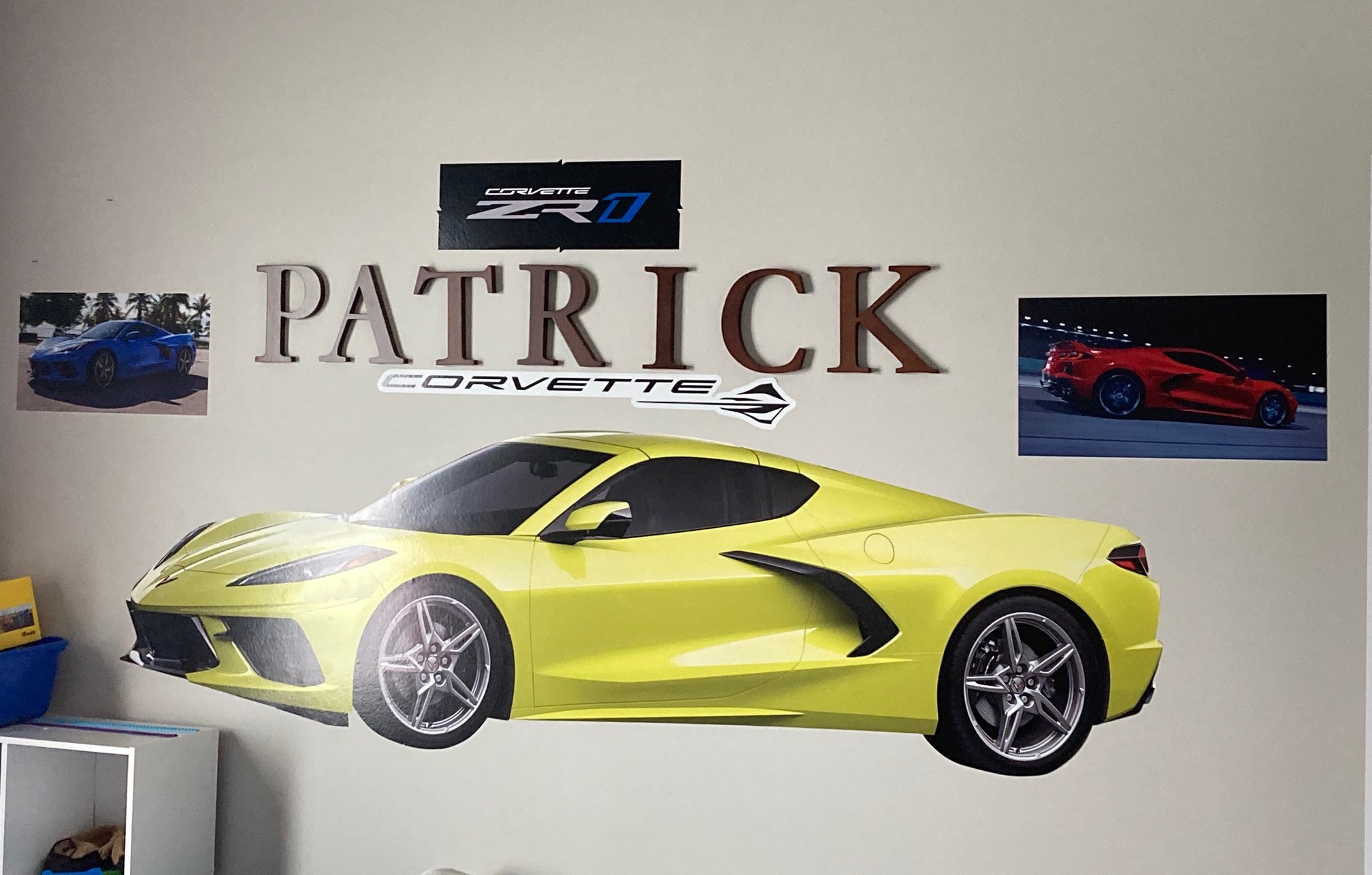 It’s Wednesday. When I was a kid I had all kinds of posters on my bedroom walls. It was the one place in the house that I could make my own, so I had everything from exotic cars to rock bands plastered on every square-inch of my bedroom walls. The larger the poster, the more tape it took to keep from falling to the floor. I tried tacks but they left holes in the poster and in the walls.

These days thick high-grade vinyl posters have replaced the old paper ones. Sticky tape, tacks, and glue are no longer needed because vinyl sticks naturally to most surfaces and can be reused over-and-over again. Even better, you can get just about anything from sports teams, logos, or even entertainment figures and more. One of my readers nephews recently decked out their room with a beautiful Velocity Yellow Corvette C8 and it looks fantastic! It doesn’t get much cooler than that!

If you’re interested in seeing more, check out fathead.com.

Keep, Thanks for all the hard work I enjoy the site daily. Me nephews bedroom got updated for the new year. Peter and Patrick are both big vette fans. Their dad currently has a C6 but would love getting into a new C8. Thanks again and have a great day. -Jeff

It’s Tuesday. There have been numerous attempts to create an honest-to-goodness fully retractable Star Wars Light Saber, but none have succeeded… until now.

Hacksmith Industries out of Canada has earned the world record for building the first retractable Proto-Lightsaber. No shit.

Isn’t it cool when science fiction inspires real world technology? Now if they could just get to work on a functional Star Trek style teleporter so I can spend more time in the Florida sun, that would be great.

It’s Monday. It was a typical Illinois winter weekend with both days being mostly chilly and gloomy. With the exception of running some errands Saturday afternoon, we  took it easy indoors. We saw the new Netflix movie, The Midnight Sky, which was pretty average. On Sunday the girlfriend made a fantastic pot of Sausage & Lentil soup. She also made a bunch of chicken wings that I happily enjoyed with BBQ sauce. She really enjoys cooking and baking and she’s very good at both. Why I’m not 300 pounds I have no idea.

Then there was the Bears game against the Saints on Sunday afternoon. Again, the first half was completely different than the second. The Bears kept up the fight throughout the first half and by the second everything changed and they got trampled. This is pretty much how the whole season has been. I’ll be glad when Nascar kicks off the preseason on February 9th!

I’m very pleased to see the FBI has been successfully identifying, capturing, and charging the Pro-Trump supporters involved in the insurrection. I sincerely hope they don’t stop until they capture each and every one involved. Also, I saw that Fox News would like you to believe that Antifa was responsible for the attack. That’s already been widely debunked by a variety of sources. One of my favorites is FactCheck.org here.

And to make up for the lack of double babes & double jokes last Friday, they’ll run all week long. Enjoy.