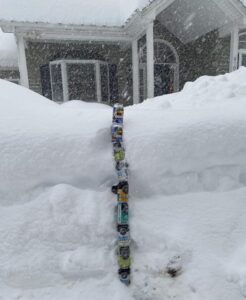 It’s Monday. Winter has definitely arrived. We just had some of the coldest weather of the season and out east in places like Buffalo, New York, got so much snow they’re measuring it with beer cans. If we got hit with that much of the horrid white stuff, I’d be hitting the beer pretty hard as well.

With Nascar now in its off-season, all I have for my Sunday afternoon entertainment are the Bears games. The problem is—they suck. It’s the same thing every week. They play well but somehow find a way to blow it in the second half. They could’ve beat the Falcons yesterday, but again, it was a close game but they found a way to lose 24 – 27. How am I going to make it all the way to February when Nascar returns?