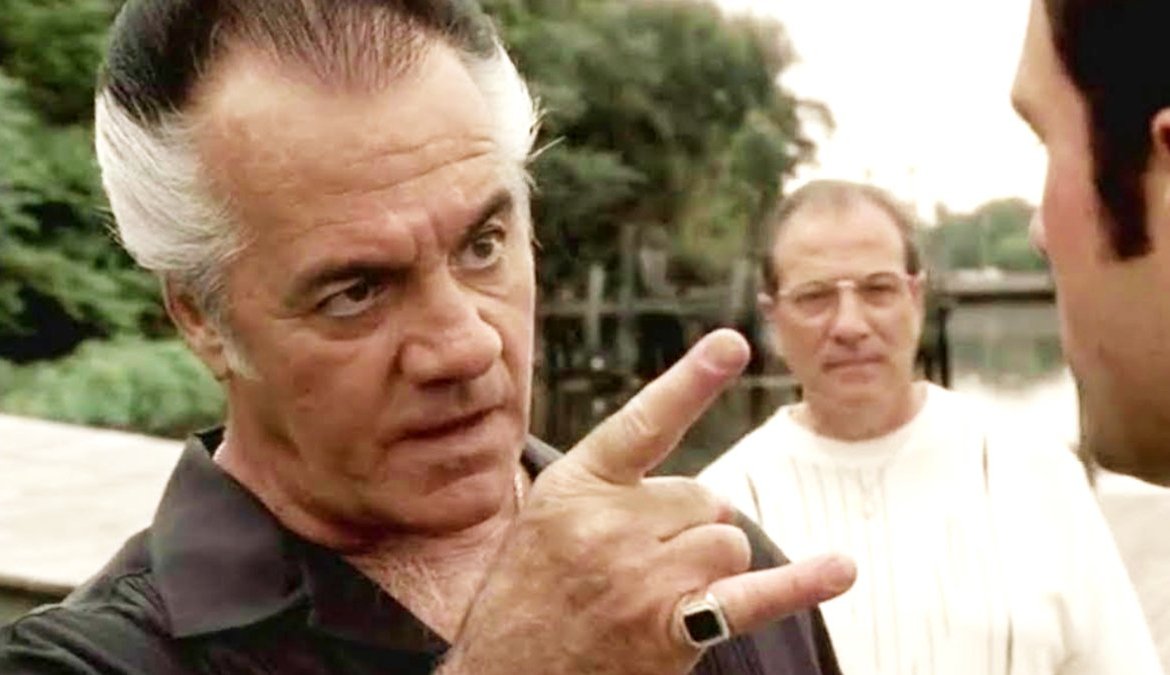 It’s Sunday! Sadly, Tony Sirico has passed away at the age of 79. Tony was best known for playing Paulie Wallnuts in one of my all-time favorite shows, The Sopranos. If you somehow missed this series when it originally ran, I strongly recommend checking it out. Stream it or pick up the entire season on DVD.

Tony Sirico, the actor known for playing mobster Peter Paul “Paulie Walnuts” Gualtieri on “The Sopranos,” died Friday, Variety confirmed with his manager. He was 79.

Sirico’s Paulie Walnuts, a bombastic and ferociously funny foot soldier to James Gandolfini’s Tony Soprano with one-liners like no one else, was a “Sopranos” scene-stealer from the start. Sirico balanced Paulie’s menace with his deadpan humor, and his penchant for malapropisms, once calling Sun Tzu “Sun Tuh-Zoo,” later referring to the philosopher as the “Chinese Prince Matchabelli.” Sirico appeared on all six seasons of “The Sopranos,” after he initially auditioned for the role of Uncle Junior. Dominic Chianese ultimately landed that part.

Born Gennaro Anthony Sirico Jr. on July 24, 1942 to an Italian family in New York City, Sirico spent much of his early life getting into trouble with the law, and has been associated with the real-life Colombo crime family. He was arrested 28 times — first as a 7-year-old after he stole nickels from a newsstand — before getting into acting. He went to prison twice, once after being charged for possessing an illegal weapon, and again for armed robbery.

“I was very unstable,” Sirico told the LA Times in 1990 about that time in his life. “I wasn’t thinking right. So I hooked up with these guys and all of a sudden I’m a stick-up artist. I stuck up every nightclub in New York.”

“I gotta admit I feel funny when somebody will spot me and ask for an autograph,” he continued. “I think it’s that old guilt. Maybe I feel like I don’t deserve the attention.”

He made his acting debut as an extra in the 1974 mobster drama “Crazy Joe” alongside Henry Winkler. That film preceded Sirico’s countless later roles as gangsters and criminals, from Martin Scorsese’s “Goodfellas” in 1990 to Woody Allen’s “Bullets Over Broadway” in 1994. Sirico appeared in a number of Allen’s films, including “Café Society” in 2016 and “Mighty Aphrodite” in 1995.

In 1989, Sirico appeared in the documentary “The Big Bang,” in which he discussed his criminal past and how it affected his philosophy on life. In 2013, he appeared in a few episodes of “Family Guy” as the voice of Vinny Griffin, the family dog. His most recent acting appearance was on two episodes of “American Dad” as a mobster named Enzo Perotti.

Sirico’s manager, Bob McGowan called him “a very loyal and great client” who “would always help people in need. He was member of the wounded warriors.”

In an Instagram post, Sirico’s “Sopranos” co-star Michael Imperioli wrote, “It pains me to say that my dear friend, colleague and partner in crime, the great TONY SIRICO has passed away today. Tony was like no one else: he was as tough, as loyal and as big hearted as anyone i’ve ever known. I was at his side through so much: through good times and bad. But mostly good. And we had a lot of laughs.

He continued, “We found a groove as Christopher and Paulie and I am proud to say I did a lot of my best and most fun work with my dear pal Tony. I will miss him forever. He is truly irreplaceable. I send love to his family, friends and his many many fans. He was beloved and will never be forgotten. Heartbroken today.”

On Facebook, Sirico’s family wrote that they are “deeply grateful for the many expressions of love, prayer and condolences and requests that the public respect its privacy in this time of bereavement.”

​According to his family’s post, Sirico is survived by his two children, Joanne Sirico Bello and Richard Sirico, as well as grandchildren, siblings, nieces, nephews and other relatives.