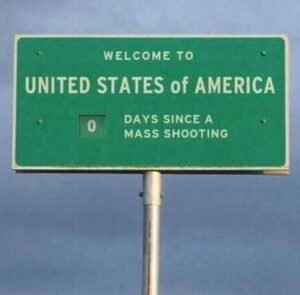 It’s Tuesday. Everyone have a decent 4th? Mine was okay. Had a nice cookout and enjoyed the day with family.

I’m sure most of you probably heard about the mass shooting in Highland Park, Illinois. A shooter killed 6 and wounded over two dozen during a 4th of July parade. They caught the shooter several hours later and at this time the motive remains unknown. I live in the far south-west suburbs and Highland Park is north of the city, so it’s nowhere near me. However I’ve been to Highland Park, quite a few times, and it’s a very nice town. But that doesn’t seem to matter anymore. If you can’t go to a parade in a nice town without getting shot, where can you go?