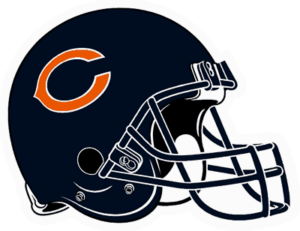 It’s Monday. Ouch! The Bears took on the Browns yesterday and got their asses kicked. The Bears started out tough, but by the end of the first half the writing was already on the wall and it wasn’t pretty. The final score was a disappointing 6 – 26. It looks like this is going to be a rough season for the Bears… again.

The weather over the weekend was beautiful. Had a good time both Saturday & Sunday. Got plenty of sun, had dinner with a friend, and got some reading done. Actually, my favorite part of the weekend was Friday when the results from the Republican lead audit in Arizona revealed that Biden won by an even bigger margin than originally counted. The investigation confirmed that Joe Biden did indeed beat Trump in Maricopa county, the state’s most populous county. In fact, a hand recount found 99 additional votes for Biden and 261 fewer votes for Trump. And again—it failed to turn up any evidence of widespread fraud. Trump loses again.

Okay, time for me to get back to the Nascar night race in Vegas and warm up a big bowl of homemade Minestrone soup!

The holidays are here! If you like what you see here and are looking for a way to give back this holiday season, consider making a donation to support this website and help keep it free of advertising. It’s secure and any amount is fine. All major credit cards and PayPal accepted.