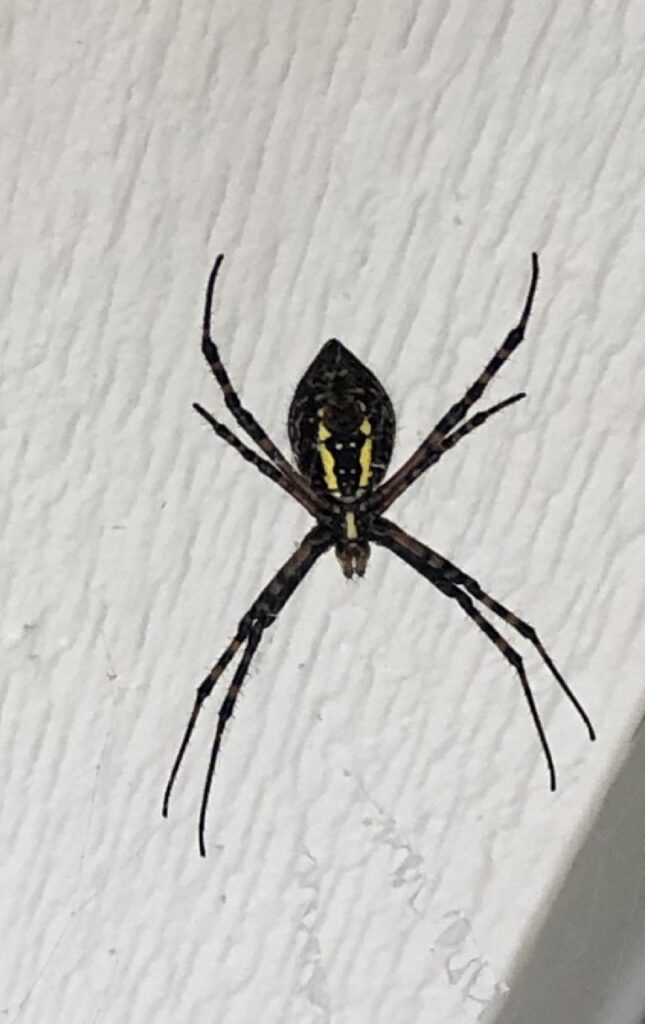 It’s Thursday. My girlfriend and a friend mentioned that a particularly large and creepy spider had spun himself a new home right outside our front door. There have been wild tales of his unusually large size and ferocious yellow markings, but since I usually enter and exit our house through the garage door, the spider and I had yet to be formally introduced—until yesterday. I  went to let the dog out and happened to glance down… and there he was! Holy crap, this dude big!

Our new arachnid neighbor has made himself a wicked web along with a tunnel of death that disappears into a crack below. My girlfriend took this photo of him (from a distance, she’s no fool) and asked me to look him up on the net. From what I could find, he appears to belong to the banana spider family. I’ve seen these before but never as large as Chester McBitey. That’s right, I gave him a name.  Unfortunately there’s nothing in the photo to show scale, so you’re just going to have to believe me when I say he’s damn big!

Chester McBitey and I now have an agreement. As long as he stays outside, we’re good. He takes one creepy step inside and I can guarantee a swift death via a large boot.