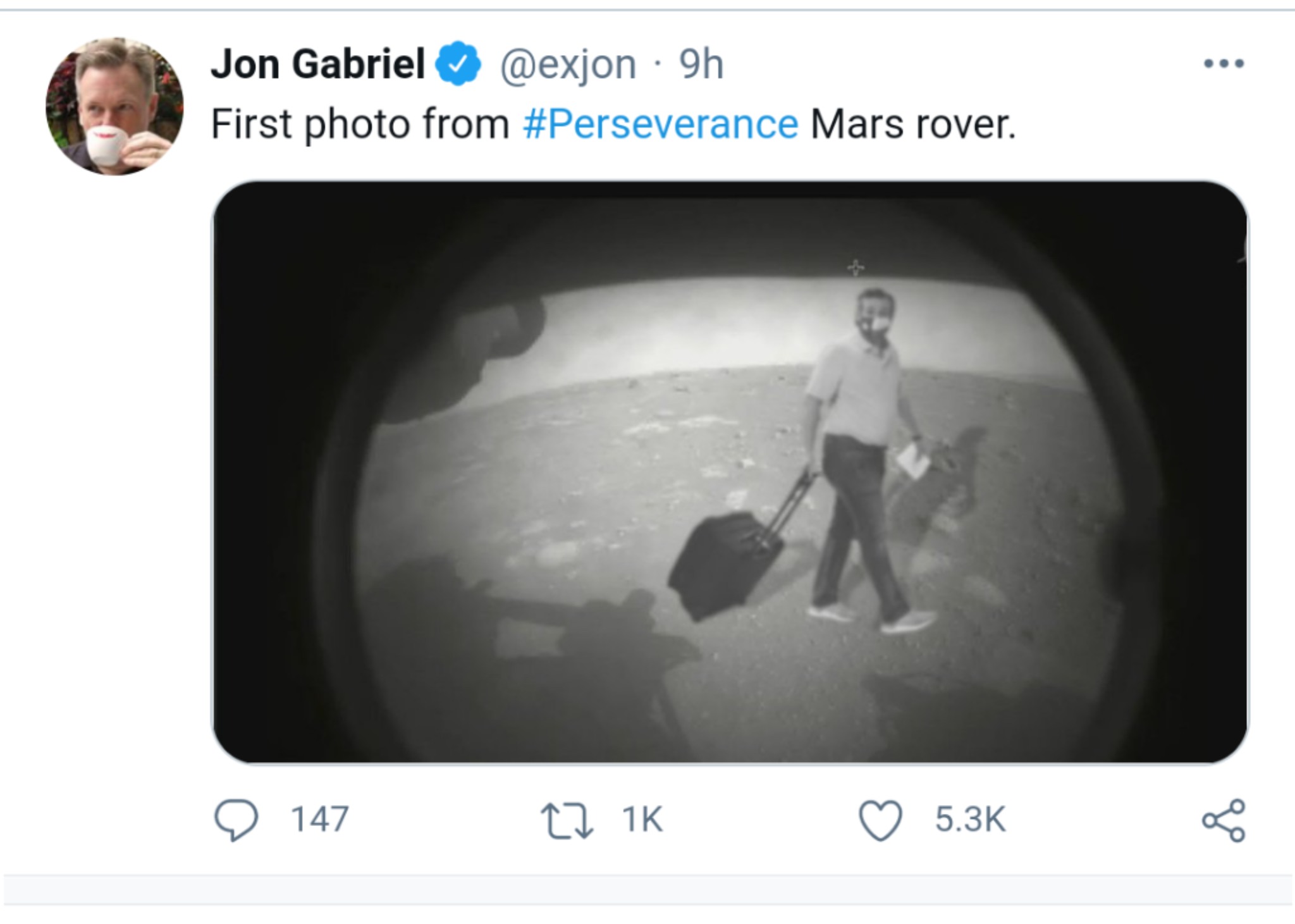 It’s Saturday! Out of all the delicious memes currently circulating about Ted Cruz abandoning Texas, my favorite is this one (above) taken by Perseverance. A few more runner-up’s are below.

Sen. Ted Cruz (R-Texas) admitted Thursday that he had planned on spending longer than he did in Cancún, in a spur-of-the-moment trip his wife tried to recruit friends and neighbors to join that was motivated by Texas’ frigid temperatures, according to texts obtained by the New York Times, following widespread outrage over a vacation Cruz initially claimed was for his daughters and their friends.