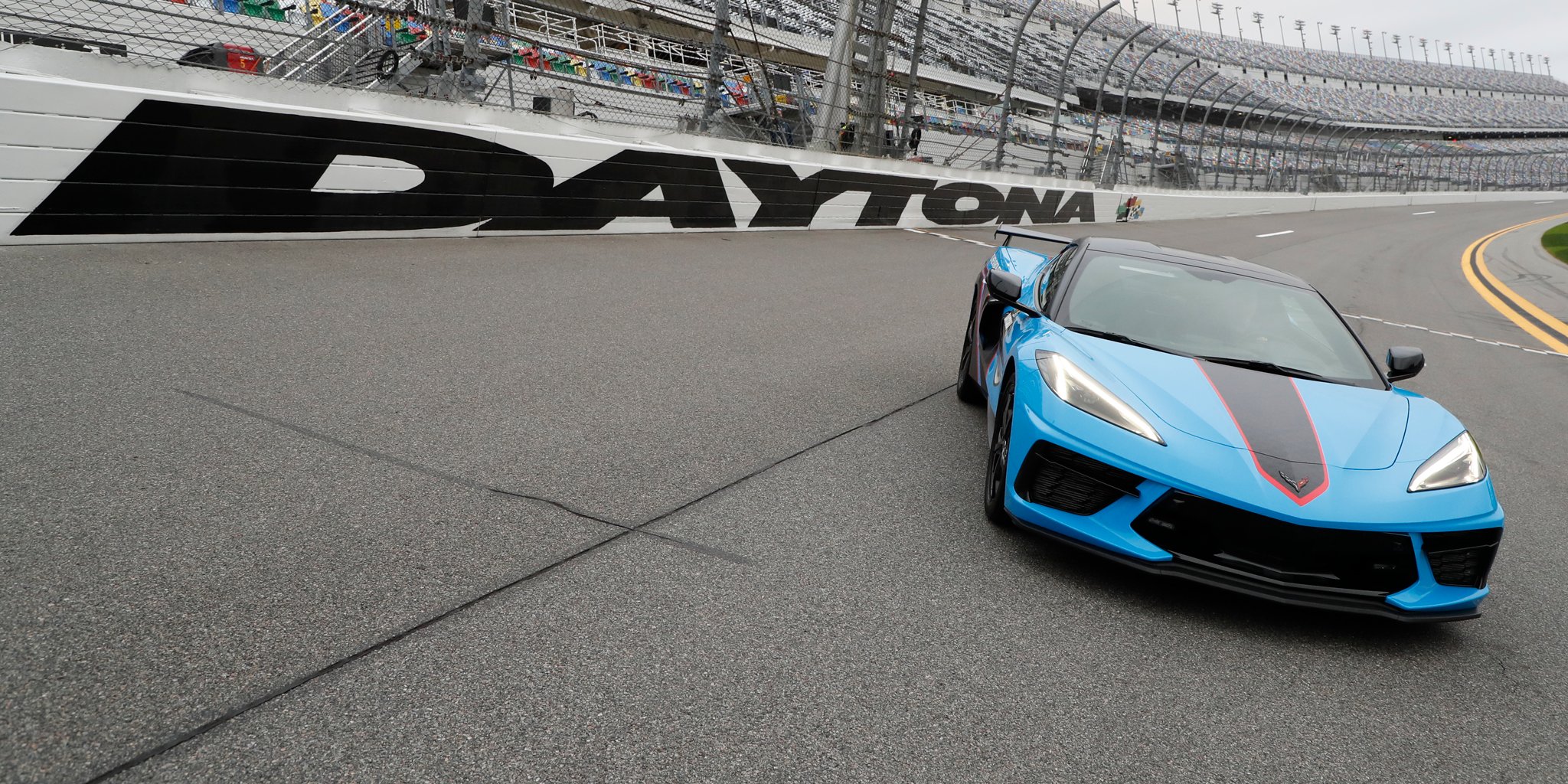 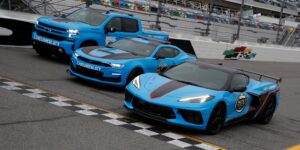 It’s Saturday! Woohoo! Once again a Corvette will lead the pack to green for this Sunday’s 63rd running of the Daytona 500! The 2021 Corvette Stingray that will pace this year’s Daytona 500 is a Rapid Blue model featuring special graphics, the Z51 Performance package, and the available High Wing Spoiler. The graphic elements include black, white and blue vinyl stripes, Daytona 500 door decals and an ‘Official Pace Car’ decal just above the rocker panels. Can’t wait to see it on the track in tomorrow’s Daytona 500!

While the C8 Corvette Stingray will lead the NASCAR Cup Series field to green for the Daytona 500 on Sunday, the Chevy Camaro and Chevy Silverado will also have an on-track presence at Daytona this weekend. A Silverado 1500 RST will serve as the pace car for Friday night’s NASCAR Camping World Truck Series race, while a Camaro SS 1LE will pace the XFinity Series Race on Saturday. Chevy was quick to point out that its three Small Block-powered pace cars have an impressive cumulative output of 1,370 horsepower – making them the perfect trio to kick off this year’s NASCAR racing season.