Take It All Down 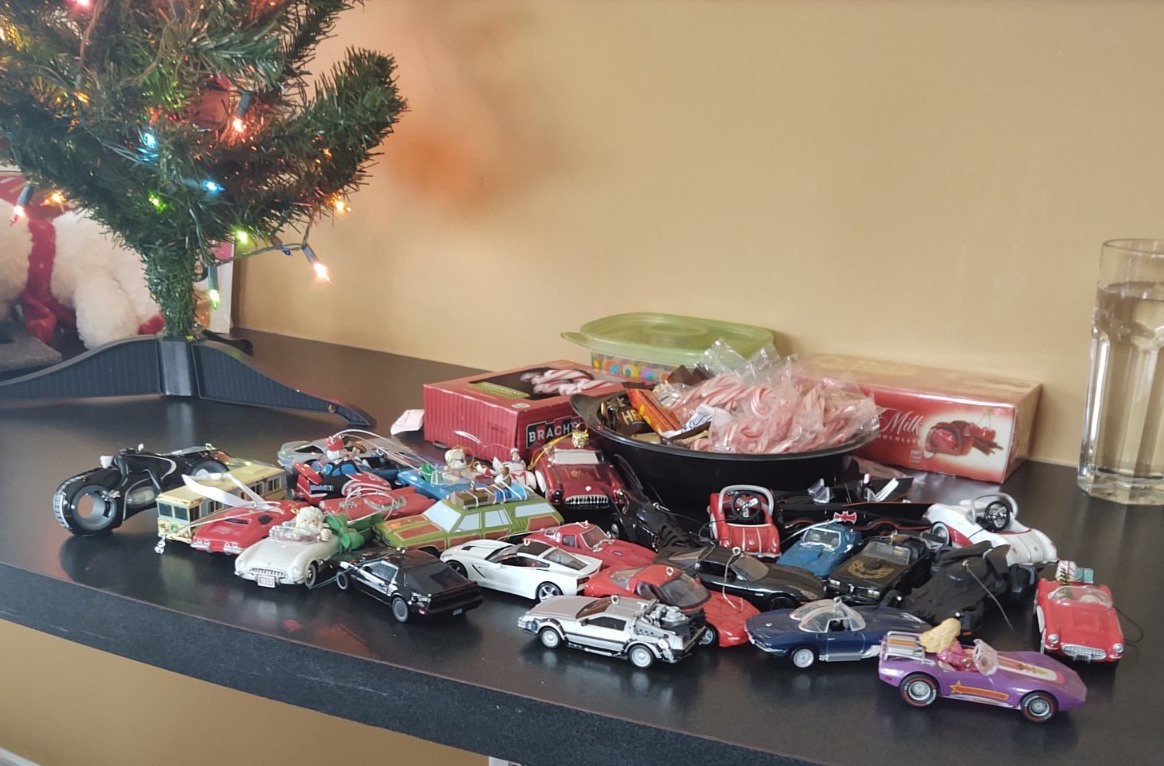 It’s Monday. Uggg. As I predicted the Bears got their asses reamed by the Packers again on Sunday. They started out strong but by the beginning of the second half of the game everything quickly fell apart. It was another embarrassing loss of 35-16. And even though they don’t deserve it, they still made the playoffs because the Los Angeles Rams beat the Arizona Cardinals. The Bears will take on the Saints in the first round of the postseason.

The girlfriend and I spent part of the weekend gathering up the Christmas decorations and packing them away. I took this photo of all the car ornaments after taking them off of the tree. The collection increases every year and now totals around 30 ornaments with the latest being Cousin Eddie’s RV from Christmas Vacation. It’s sad to pack ’em all up but they’ll be back next December.

Saw the news that our idiot of a president was caught on a recording threatening Secretary Raffensperger, the Georgia secretary of state, to “find” enough votes to overturn his defeat in a one-hour phone call Saturday.

The Washington Post obtained a recording of the conversation in which Trump alternately berated Raffensperger, tried to flatter him, begged him to act and threatened him with vague criminal consequences if the secretary of state refused to pursue his false claims, at one point warning that Raffensperger was taking “a big risk.” and “There’s nothing wrong with saying, you know, um, that you’ve recalculated,” said Trump.

How is this not illegal?