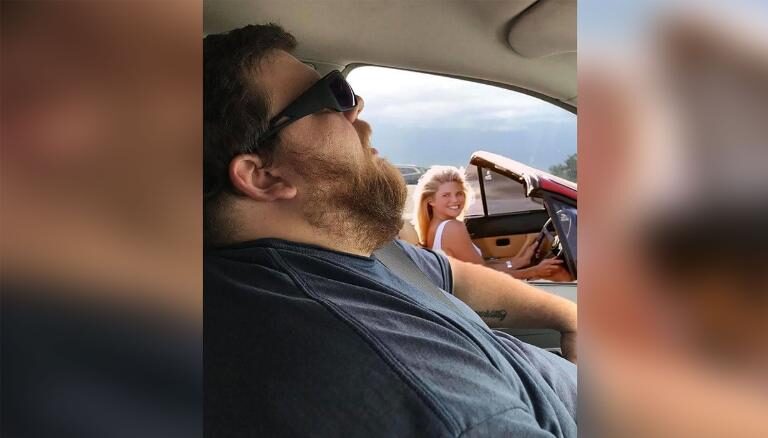 It’s Sunday! Got some Bears football on the menu for today. A couple friends that I haven’t seen since the world went to hell will be joining me for the game, so even if the Bears suck, it’ll still be a good time.

Anyway, I saw this story making its way around the internet and thought some of you might get a laugh out of it. Enjoy!

(CNN) Sharea Overman and her husband Nate are parents to three young boys and like many (let’s be real, all) parents — they find themselves constantly tired.

So, when the family of five decided to road trip across Indiana to visit family, Sharea wasn’t surprised to see her husband slouched back comfortably in the driver’s seat. He wasn’t snoozing, but it looked that way.

However, after a while Sharea looked over at her husband, snapped a photo and thought, “Man, he really looks like he is passed out in the driver’s seat.” 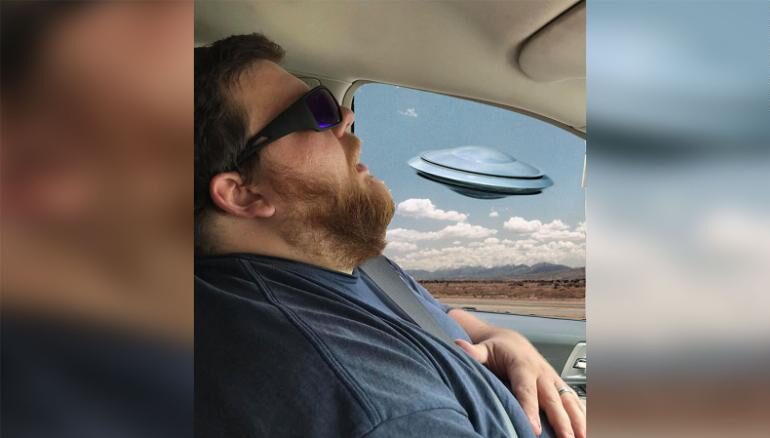 Sharea, a part-time photographer, decided to pass the time in the car by pulling a fun prank on her husband.
“I’m a part of this group of incredibly talented photographers on Facebook. So, I decided to post the photo and asked people to photoshop some fun backgrounds into the photo. To make it look like he fell asleep while all these crazy things were going on.”

But as the submissions started rolling in, Sharea could not contain her laughter and eventually she had to show her husband what she was up to on her phone.
“He thought it was hilarious. We had a great life and a great rest of the car ride, and that was it.”
So they thought. 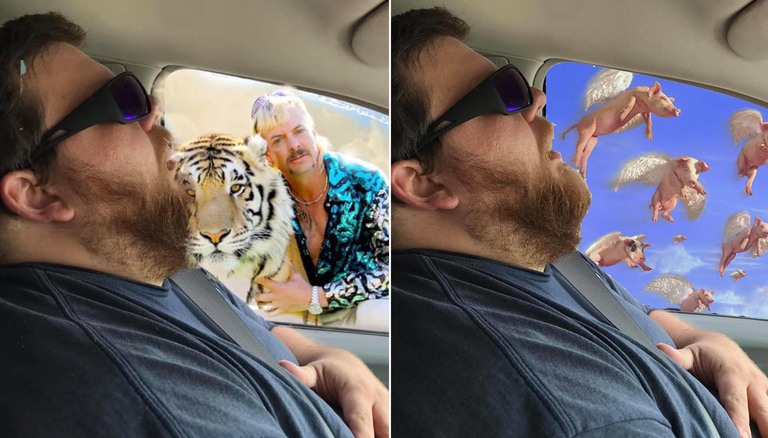 A few days later, the post had gone viral.

“I started getting messages from people in South Africa, Australia, New Zealand, Alaska… sending me their photoshopped images of my husband.”
Turns out, people really need a good laugh right now.

“There are people who have broken down and told us just how hard this year has been for them and that this is the first time they’ve been able to have a really good laugh at something,” Overman told CNN. “It’s been so humbling because what started out as something so silly, has turned into all of this. We are putting smiles on faces we don’t even know.” 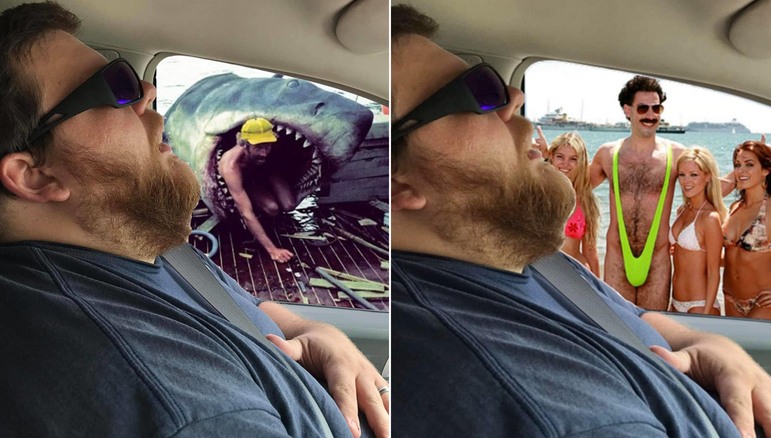 Almost three weeks and 300,000 shares on Facebook later, people are still liking and commenting on the post, and continue to send Sharea their photoshopped images.

“It’s brought so many people together. From all over the world. It’s so crazy.”