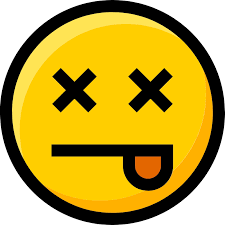 It’s Monday. Okay, there’s this woman that lives at the entrance of our cul-de-sac. She’s rather old with dark leather-like skin and can often be seen sunbathing out in her driveway. If it’s hot, she’ll be out there sitting in her chair soaking up the rays.

Last week it was extremely hot. We had temperatures in the upper 90s and it was humid as hell. I was coming home from work and pulled into our cul-de-sac around 4pm. As I passed her house I could see her sitting there in her chair just like she normally does. Sorta. As I went by she seemed to be somewhat slouched down in the chair with her arms hanging and her head back. I kinda joked to myself that she looked dead. I didn’t really give it much more thought as I pulled into my driveway several houses down. I brought my stuff inside, grabbed a snack, and went back out into the garage. It was about 15 minutes later when the fire department and ambulance rolled up with their lights & sirens blazing. They stopped right in front of her house. They quickly loaded her up and left. I didn’t know if she was okay or what.

Fast-forward a couple days later when my neighbor came over. She said that another neighbor had noticed that she hadn’t moved in a while and were concerned about her being out in the heat. They went over and quickly realized that she was not good and called 911. The paramedics didn’t even try to resuscitate her because it was obvious she had been dead for a while. She was 95 years old and the cause of death was heat stroke. They said judging by the amount of blistering on her skin, she had likely died between 2 to 3pm. Her son had come home around 2:30 and thought she was sleeping, so he didn’t bother her!

I know this sounds bad, but I’m so glad she was already gone by the time I saw her.