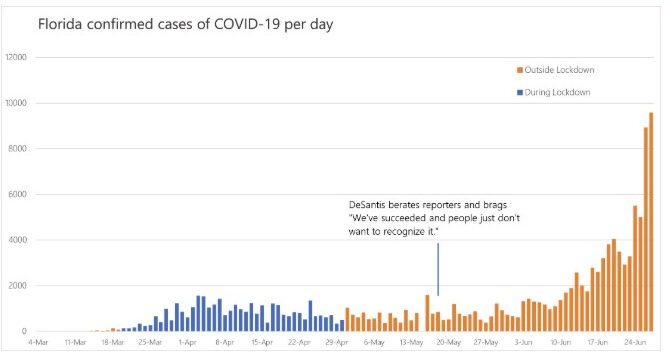 It’s Monday. There’s so much shit going on in the news lately it’s nearly impossible to take it all in. Hospitals in Florida and Arizona are at maximum occupancy, overrun by a Covid-19 surge. Mississippi will remove the rebel emblem from state flag. Trump shared a video where a supporter yells “white power” then later deletes it. US security officials reveal a Russian plot to offer bounties to Taliban militants to kill US troops, which they have known about since March. Five months into the pandemic and Pence finally changes course, now says “Wearing a mask is a good idea.”

On the positive side, I had a good weekend! Hope you did, too.