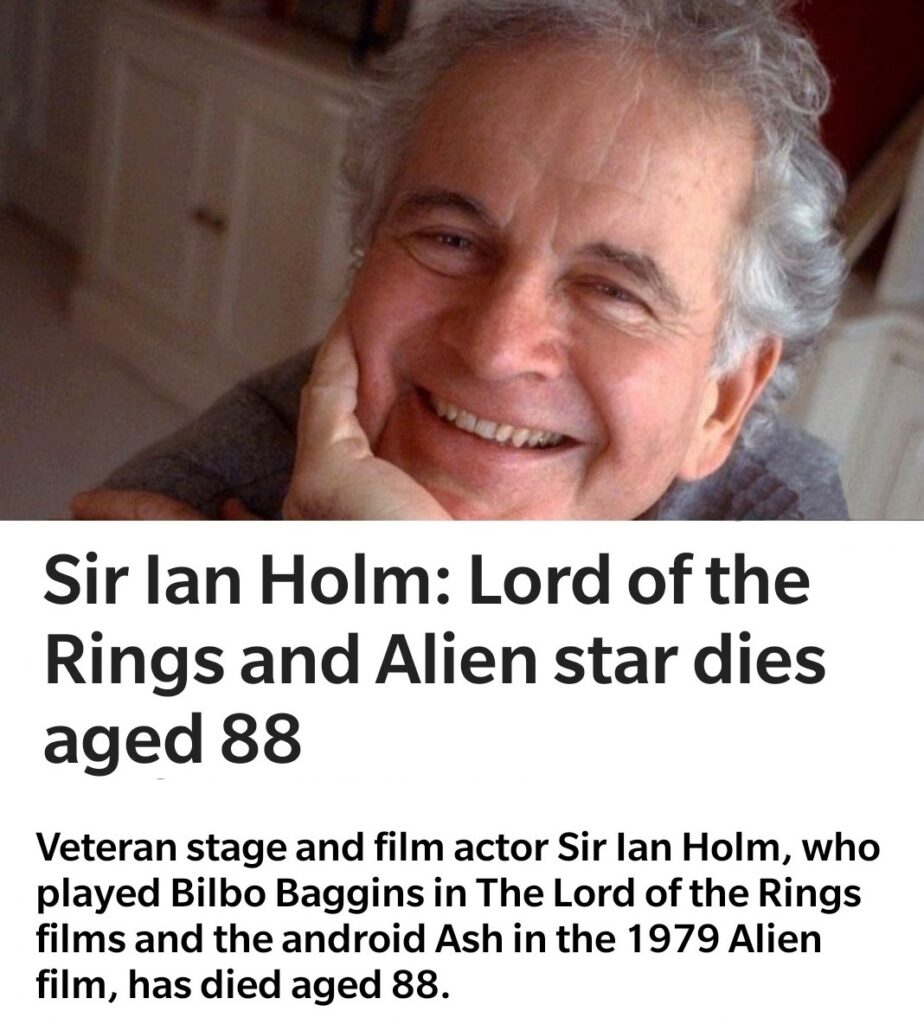 From the evil android Ash to the quirky hobbit Bilbo, Ian Holm was as versatile an actor as one could ever imagine. He could do it all, and did so for decades, even earning an Oscar nomination in 1982. However, we’re sad to report that the incredible actor passed away this week at the age of 88 from complications with Parkinson’s disease.

Born in England in 1931, Holm went on to study drama at the Royal Academy of Dramatic Art before breaking into film in the early 1960s. Among his earliest roles was that of the mischievous Puck in the 1968 film of William Shakespeare’s A Midsummer Night’s Dream. Holm would continue to take small, complex roles, including that of Napoleon in a TV mini-series called Napoleon and Love, throughout his entire career.

In terms of genre work, Holm started his ascent with the role of King John in 1976’s Robin and Marion, alongside titans Sean Connery, Audrey Hepburn, and Robert Shaw. Soon after, he took a small role as a robot in a gritty movie about a space crew who finds a mysterious egg. That movie was called Alien.

After that career-changing film, Holm got that Oscar-nomination for Chariots of Fire, reprised the role of Napoleon in Terry Gilliam’s Time Bandits, worked with Gilliam again in the epic Brazil, appeared in Luc Besson’s The Fifth Element, and David Cronenberg’s eXistenZ, along with dozen of other non-genre films.

For this generation though, they fell in love with Holm in the latter part of his career as the feisty, aging hobbit Bilbo Baggins in Peter Jackson’s Lord of the Rings trilogy. Though Bilbo isn’t the main character in those movies, it’s a crucial role, and Holm’s experience and presence set the tone for the Oscar-winning films. He’d later reprise the role in The Hobbit films as well.

Holm was an amazing actor with a dream-like career. Though he’s now gone, his work will live on forever.