That Hurt My Wallet 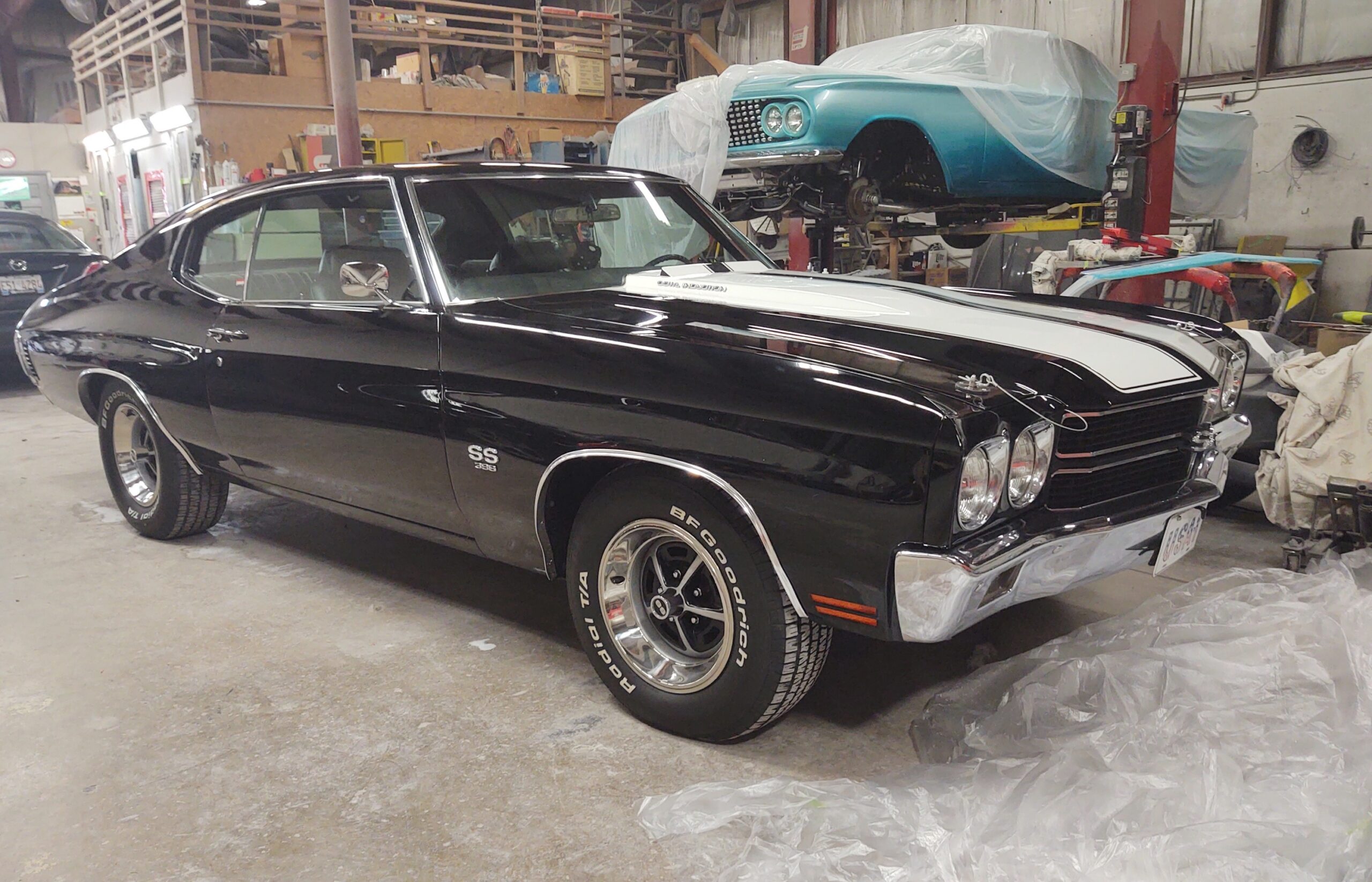 It’s Thursday. I took my van in to my cousin’s shop yesterday because I was feeling a significant wobble while driving. After pulling off the right-rear we found a six inch long slit where the tire had come apart. Scary stuff. After checking the other three we found two others that were in the progress of splitting. Back in 2016 I had put some Kumho discount tires on it that were rated at 40,000 miles. After checking, sure enough, they had just over 40k miles on them. I have never seen tires come apart like that but my cousin said he sees it all the time. So, this time I decided to go with some quality rubber all around and bought some highly rated Firestone tires. They set me back $700 but what a difference! Much nicer ride, I’m very glad I got ’em.

While I was waiting for the tires to get mounted I checked out this beautiful black 1970 Chevelle SS big-block sitting near the back of the shop. My uncle painted it and had just finished buffing it out and it was ready to go home. Very sweet car.