Probably Not A Wise Move 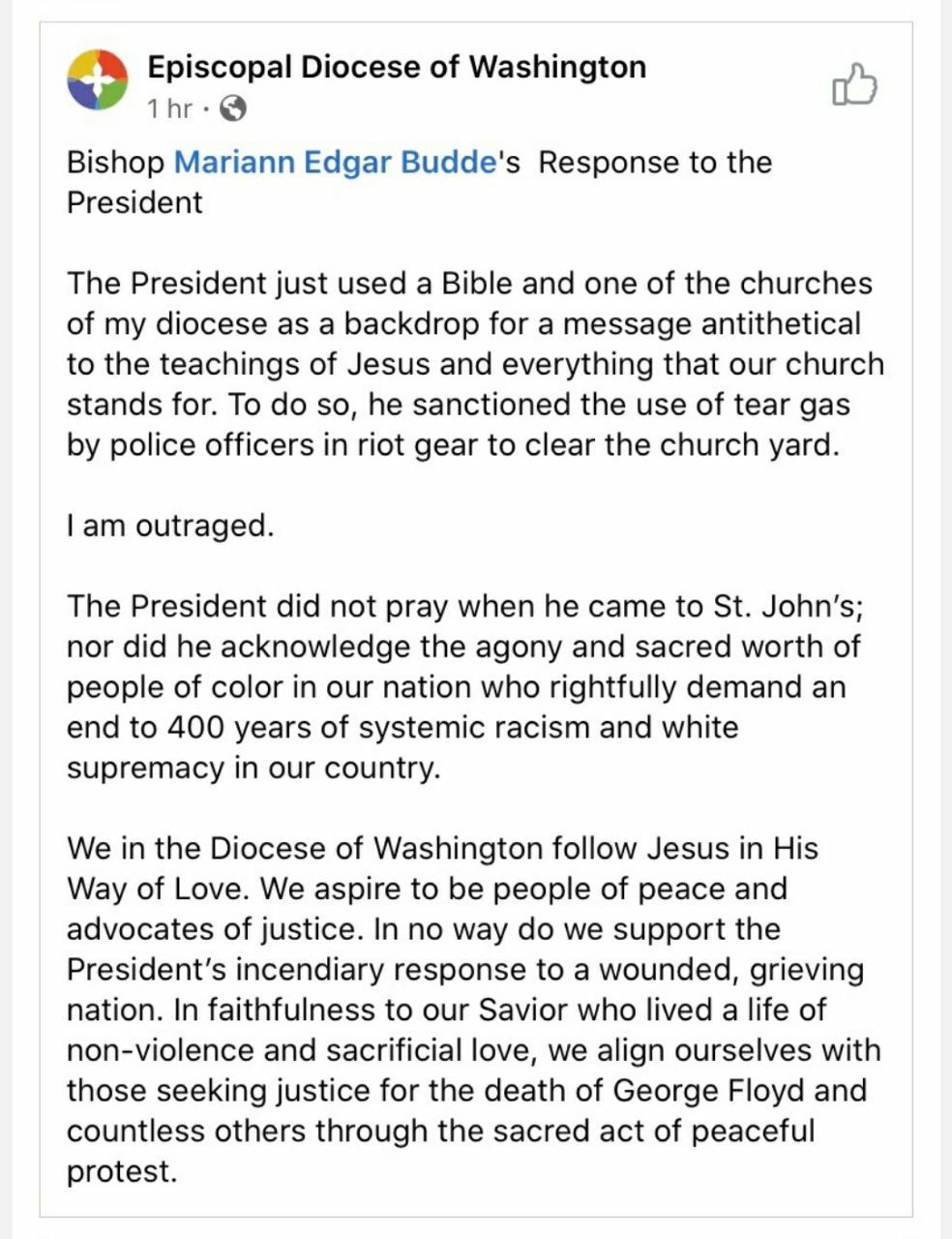 It’s Wednesday. Yikes! Seeing a lot of people on the net and in the news that are pissed-off about Trump using armored police to clear out peaceful protesters in Layfayette Park (across the street from St. John’s) with teargas, flash grenades and rubber bullets. This was done so that he could get pictures of himself (and top advisors) posing in front of historic St. John’s Episcopal church holding the Bible up. Minutes later he walked back to the White House. Not surprisingly this prompted intense criticism from some local and federal lawmakers. He even pissed-off the Bishop Mariann Edgar Budde. Now I’m not a church going guy, but even I know that ya gotta be a pretty big dickhead to piss off a Bishop.