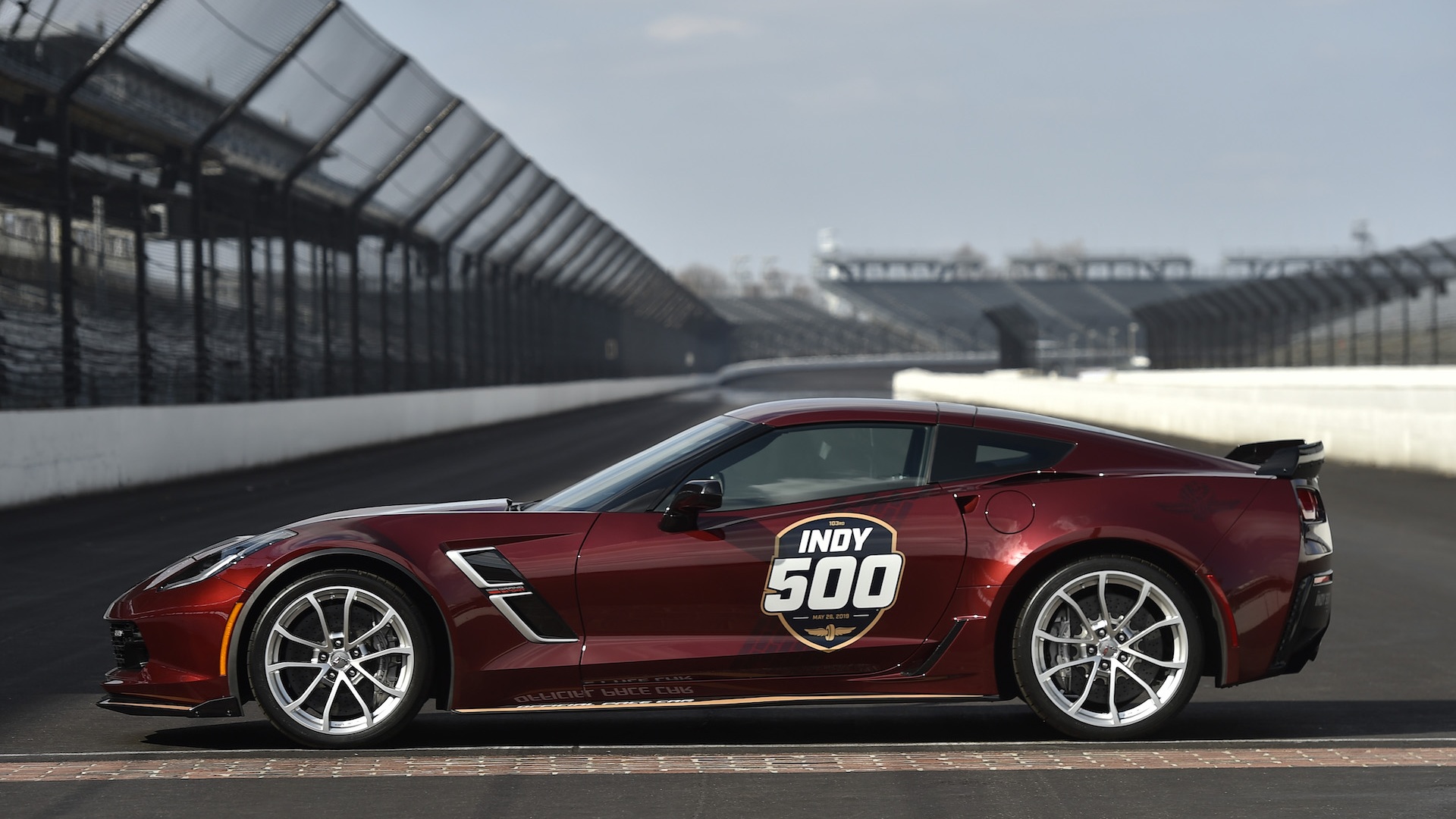 It’s Tuesday. Isn’t that a beauty! That’s the 2019 Corvette Grand Sport edition in it’s Official Pace Car colors for the 103rd Indianapolis 500. And who will be behind the wheel, you ask? It’ll be none other than Nascar royalty, Dale Earnhardt Junior! I’m already excited and can’t wait for the big race on Sunday!

Dale Earnhardt Jr. isn’t racing in the Indianapolis 500, but for his first trip to the event nicknamed The Greatest Spectacle in Racing, the retired NASCAR driver still managed to find a way to get on the track and behind the wheel.

But it wasn’t part of his original plan.

The NBC Sports analyst will be part of the Indy 500 race broadcast Sunday, May 26. But he’ll have to break from his official on-air duties briefly to drive the Corvette Grand Sport pace car and lead the field to green at the beginning of the race at Indianapolis Motor Speedway, the track announced Friday.

Earnhardt is understandably very excited, but he wasn’t the track’s first choice, as he explained during a phone call with For The Win on Saturday.

“Al Roker was planning to be in the pace car, and he had a conflict with his schedule that came up at the last minute,” Earnhard said. “They were looking for someone to take that opportunity, and they thought of me. So I was pretty honored and surprised that I was the next choice. I’ll take it!”

Dale Jr. also drove the pace car at the Daytona 500, NASCAR’s biggest race and its season opener in February. He joins Jeff Gordon and Jay Leno as the third celebrity to drive the pace car in both iconic races, and he’s the first to do it during the same season.

However, he’s driven a pace car at the Indianapolis track before, leading the field during NASCAR’s lone stop in Indy in September 2018.

“It’s obviously an opportunity you can’t turn down,” Earnhardt said. “I just look as it as a bucket list item that you just have to take advantage of.”

While Junior is looking forward to this moment, he’s also aware of his position as a driver in another American motor sports series. He’s eager to get behind the wheel but knows this isn’t his moment.

“So it’s definitely a unique dynamic, but everybody’s been really supportive. And I’ve seen a lot of social media support from other drivers, and all that really means a lot to me. I’m glad that they feel comfortable with that.”